Nightforce SHV - An Under $1000 Nightforce

The Nightforce SHV (Shooter Hunter Varminter) is the first "budget" scope to be introduced in the Nightforce line. While many people, myself included, don't think of scopes selling in the $1000 dollar range as a budget optic; the SHV series does represent a significant savings over their current nearest comparable offering, which is the Nightforce NXS series that start around $1600 and go up to $2500 depending on the configuration. Nightforce continues to expand their SHV line, this year adding a 4-14x50 model with a first focal plane.

When I heard that Nightforce was introducing the SHV scope I immediately wondered how they would pull off an entry/budget line of scopes. While not that big of a deal for most optics companies; when your whole business is built on a reputation of quality and performance and not price points, cutting cost without damaging the integrity of your brand is no easy feat. The folks at Nightforce were no doubt well aware of this and it was interesting to see how they approached this unique challenge.

One way to keep cost low is to limit the available options, orginally the SHV line was offered only in a 4-14x56 configuration and featured two illuminated reticle models and two standard reticle models. This limited line up likely allowed them to keep their cost down while testing the market for a more affordable line of Nightforce riflescopes. Update: It must have worked, because Nightforce has since added three more configurations to the series; a 3-10x42, 4-14x50 and a 5-20x56.

The Nightforce catalog also credits simplifying the controls on the scope as well as streamlining the production process as other areas where they were able to cut cost without hurting quality. Finally, the catalog also states they are not overbuilding the SHV like they do their NXS models which results in additional savings.

The Nightforce SHV scopes are available in two different reticle styles which in turn are each available with or without illumination making a total of four unique models in this series. One reticle option is the IHR (International Hunting Reticle) features a duplex style crosshair that is missing the top post; while the other option is a MOAR reticle that is somewhat like a mil-dot version that uses lines instead of dots but measures in MOA increments. All reticle options are in the second focal plane meaning that the reticle does not grow in proportion to the target as the magnification is increased. Update: The new 4-14x50 F1 version can be had with a MOAR or Mil-R reticle and is a first focal plane model meaning the reticle grows in proportion to the target as the magnification is increased.

Illuminated reticles feature center illumination, meaning that the middle part of the reticle is lit up but not the outer heavier part of the duplex. The two SHV models that are equipped with illumination feature a brightness control knob mounted on the end of the side parallax adjustment knob which handles the intensity levels of the illumination. This knob also includes a feature favored by many shooters where there is an off position between each brightness setting, allowing the illumination to be turned off or on at any intensity setting with just one click.

The SHV models come with capped turrets; however, once the caps are removed the turrets are finger adjustable, and make adjustments in .25 MOA increments or .1 Mil. All models are equipped with side focus parallax correction which can be used to focus the optic from 25 yards to infinity. These scopes feature plenty of internal adjustment, for example the 4-14x56 models have 100 MOA worth of elevation adjustment range and 70 MOA worth of windage adjustment.

Of course the big news about the new Nightforce SHV line is the cost; a quick search online is showing real world pricing of the 3-10x42 model at around $875, while the illuminated 5-20x56 versions are going for $1299. For reference a NXS 3.5-15x50 which has illumination and a MOAR reticle is currently selling for $1605 and is as cheap as an NXS model as I could find. So despite having a starting price tag of around $1000 the SHV scopes do represent a much lower cost introduction to Nightforce brand than their next most compariable model.

Since the NXS series is the closest match to the SHV in the Nightforce line, using the NXS series as a base measurement is a logical approach. However, I think the biggest mistake someone looking at the SHV series could make, is thinking that it is essentially a NXS being sold at a $600 discount; the SHV isn't a repackaged NXS being marketed to a different group of shooters. The SHV scopes series is more of a hunters scope with commonly preferred tactical features like exposed turrets, Mil reticles and with Mil adjusting turrets, Front Focal Planes, and Zero Stop not an option.

It's good to see Nightforce making their product line accessible to a larger portion of shooters who have until now been priced out of their rifle scope line. As mentioned earlier the Nightforce SHV line has been well received and now consists of for configurations: 3-10x42, 4-14x50, 4-14x56, and 5-20x56. 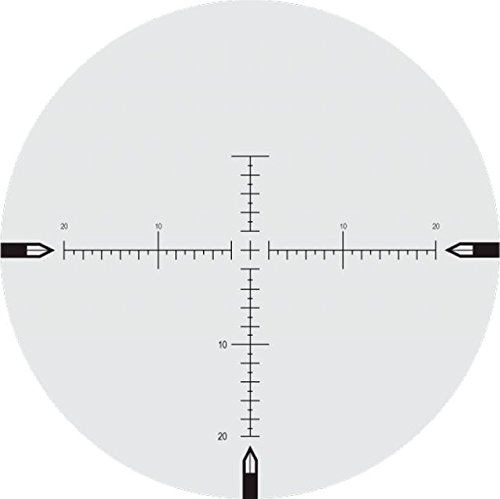 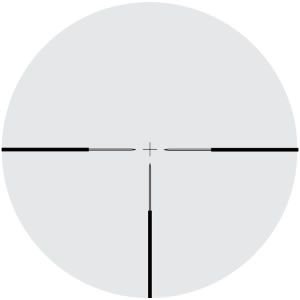