Long range and precision target shooting require a relatively unique style of optic. Target scopes make up a relatively small portion of the overall riflescope market when compared to hunting and tactical scopes. However, these competition style optics are specifically designed for those who require precise equipment to compete at a high level.


Target vs Hunting Scopes
Magnification
Target shooters are generally shooting at extremely small targets out to a few hundred yards, or at slightly larger targets out to and beyond 1000 yards. This type of shooting requires much more magnification than the average 3-9x hunting scope with many of the fixed power competition scopes starting at 25x.

Size
While some competitive shooters do have overall gun weight to consider, the average target shooter is far less concerned with the size and weight of his optic than a hunter who might be packing his setup on foot all day. Therefore, generally speaking target rifle scopes are often heavier and longer than hunting scopes especially when equipped with a sunshade.

Cost
While a sportsman might be able to pick up a hunting optic that would serve them pretty well for $200; the competitive shooter will be looking at entry models that cost around $500 and go up rapidly from there. 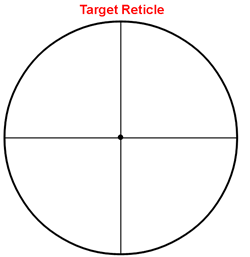 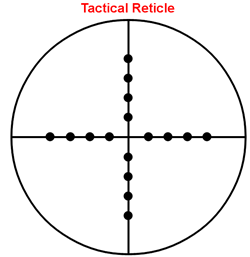 Reticles
While competition and tactical scopes may look similar they can be quite different. While tactical scopes often use mil-dot or other holdover/holdoff reticles, tactical shooters generally prefer a cleaner sight picture for an unobstructed view of the target. So the reticles on their scopes are often just really fine crosshairs, sometimes with a small dot directly in the center.

Click Adjustments
While both these style of riflescopes are designed for precision shooting, the tactical scopes are generally equipped with 1/4 MOA turrets, and sometimes 1/2 MOA or greater on the elevation dial. Target models generally feature finer 1/8 MOA on both the windage and elevation turrets for more precise fine tuning. Tactical shooters generally don’t need that level of precision and often have to make large adjustments quickly in which case the 1/8 MOA becomes a liability.

Focal Plane
While the trend in the tactical community has been toward scopes with first focal plane reticles whose size increase in proportion to the target as magnification increases; the competitive shooting community still prefers the second focal plane. Obviously this isn’t an issue for shooters of fixed power models as there is no magnification to increase or decrease. However, for target shooters that use variable power scopes, they prefer the reticle to stay the same size as magnification increase offering a more precise aiming point than the same model would in a first focal plane version.

Target vs Varmint Scopes
Similarities
Target and varmint riflescopes have a lot in common. Do to shooting small targets at various ranges; varmint shooters also generally favor the reticle in the second focal plane. Varmint shooters also prefer the fine crosshair or a fine crosshair with a dot reticle found on many target scopes thus preventing their target from being obscured.

Variable power
While target and varmint scopes are probably the closest relatives in the riflescope world there are still some differences. While many target scopes are fixed powered, most varmint hunters prefer the versatility of a variable power optic that will let them lower the magnification for close range targets or while tracking moving targets. These lower magnifications also provide a better field of few when scanning for targets than the higher power settings.

Magnification
While both competition and varmint scopes have high magnifications, generally speaking scopes used exclusively for target shooting tend to have a higher magnification with models generally staring at 25x. Varmint scopes often top out at 18x or 24x which might be a little on the low side for some target shooting disciplines. Those looking for one scope to use for both styles might consider an 8-32x model as a good compromise.