An AR Scope Round Up - Popular AR 15 Scopes

With many shooters deciding now is a good time to get an AR-15 and many current owners deciding to add another one to their collection, Rifle Scope Spy felt this would be a good time to put together a overview of some of the options available in the AR-15 scope market, which has been one of the fasted growing categories in the shooting optic industry for the last several years.

If you plan on using your AR-15 primarily at close range such as for home defense an optic with no magnification would probably be your best choice. There are dozens of optics that meet this criteria but for serious use Aimpoint and EOTech are probably the best choice. Keep in mind that these are combat grade optics used by military and law enforcement and have a proven track record; however, entry models from both companies start at around $400 and go up rapidly from there. Those looking for an optic in this category but don't want to spend that kind of money should consider the Vortex Sparc or Strikefire which generally sell for around $200 and $170 respectively. While these optics might not have the tremendous battery life or reputation of the Aimpoint or EOTech they are designed for serious use and are a giant step up in quality from many of the other budget red dot sights on the market. 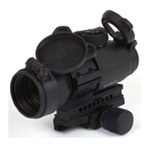 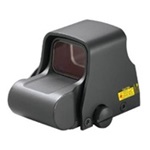 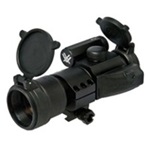 If most of your shooting will be at distances from 25 yards to 100 yards an optic with some magnification is often desirable. The cream of the crop in this category would likely be a selection from the Trijicon ACOG line, these optics generally feature low magnification and have years of proven service with both the military and law enforcement. However, the cost of these optics will be prohibitive for most shooters with most models selling for $1000+. 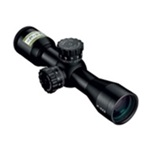 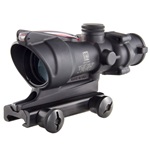 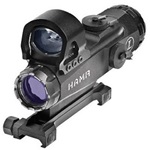 If you find yourself usually shooting your AR at ranges between 100 yards and 600 yards then a more traditional riflescope is probably a wise choice. Fortunately there are now many great choices in the traditional riflescope category most at very affordable prices. The Leupold Mark AR, Nikon M-223, Nikon P-223 and Redfield Battlezone would all be suitable for stretching the effective range of your AR-15 out past several hundred yards. 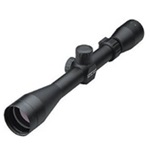 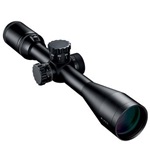 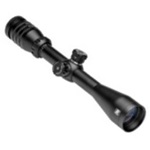 For those of you wanting to cover all the bases from point blank range out to several hundred yards there is a setup which combines two types of AR 15 optics. This combination consists of an AR riflescope, often a 1-4x24 scope, with a special mount that allows a micro red dot sight to be mounted on top. The micro red dot sight can be used for targets at close range while the 1-4x scope can be used to effectively engage targets out to several hundred yards making it one of the most versatile AR-15 optics setups available. If you don't want to buy the scope, special mount, and red dot sight seperately, Burris sells some package options that include all three.