Well known optics maker Bushnell offers a wide variety of hunting: binoculars, rangefinders, spotting scopes, and riflescopes. While often thought of as an entry level or budget brand; Bushnell rifle scopes have broken through to the mid level and high end scope market with their Elite scope series.

Price Range - Bushnell's scopes now range in price from under $100 to nearly $1400, with a broad selection of models offered to meet nearly every budget and application imaginable. From high end tactical scopes to low end plinking scopes and nearly everything in between, their line of rifle scopes has an option for nearly every type of shooter.

DOA (Dead on Accurate) - DOA is unique reticle that is set up specifically for whitetail and mule deer hunting. Basically a Bushnell scope that features the DOA reticle has lines below the crosshair that have marks for measuring 24 inches (common distance between a buck mule deer’s ear tips) and 17 inches (common distance between a whitetail buck’s ear tips). By using these marks you can estimate the distance to the deer, by using the line that matches the deer’s ear span. The DOA reticle is available on a number of riflescopes in the Elite and Trophy series, and comes in either a 600 yard version for rifle hunting or a 250 yard version for those who hunt with muzzleloaders.

Bushnell LRHS – While not having quite the impressive range of magnification of the Elite 6500 series; the Bushnell Long Range Hunter Scopes do have some unique features that put it at the top of Bushnell's hunting scope line. Probably most noticeable is the exposed target/tactical style elevation turret which is equipped with a Revlimiter zero stop which allows the scope to be quickly dialed back to zero between shots. Note this is different than a zero reset feature commonly found on riflescopes which is used during the sighting in process. The windage turret is capped which makes sense as hunters often prefer to hold off for wind, as changing conditions and time often prevent the shooter from dialing in wind corrections. The Bushnell LRHS scopes are built on a 30mm tube, feature a side parallax adjustment knob, and have their reticle in the first focal plane for accurate use of the reticle at any magnification. 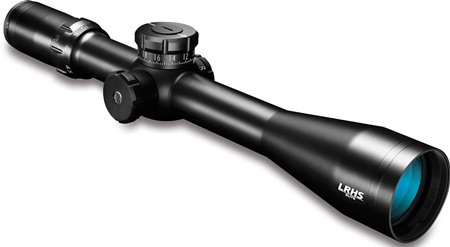 Bushnell Elite 6500 – While the Elite Tactical series encompasses a wide range of magnification ratios, the Elite 6500 series is only composed of models with a magnification ratio of 6.5 (or very close to 6.5). Current options in the Elite 6500 series include, 2.5-16x42, 2.5-16x50 and 4.5-30x50 (the 1.25 - 8x model seems to have been dropped) These models are all built on a 30mm main tube, and are equipped side focus parallax adjustment knobs for quick adjustments in the field. Reticle options include Fine Mulit-X (duplex), Mil-Dot, or Bushnell's DOA 600 holdover reticle. The Elite 6500 series of scopes all use the latest Argon style waterproofing instead of the older Nitrogen style and the scopes also feature the Rainguard HD lens coatings to aid in viewing when they are used in cold or rainy weather. 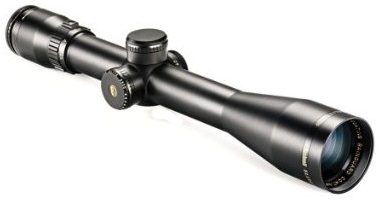 Bushnell Elite 4500 – If you are a long time Bushnell fan you might remember that there used to be the Elite 4200 and Elite 3200 series of riflescopes. However, a few years ago Bushnell decided to do away with those series designations and appeared to update and merge the two models into a single series simply called Elite; unfortunately there was enough difference between the models that this caused some confusion especially those used to the old naming designations. Thankfully, with there latest update Bushell is back to splitting this series back into two designations: the Elite 4500 and Elite 3500 series. One of the main differences between the two being that the Elite 4500 series feature a 4x magnifaction range (i.e. 2.5x - 10x) while the Elite 3500 series features a 3x magnification range (i.e. 3x - 9x). 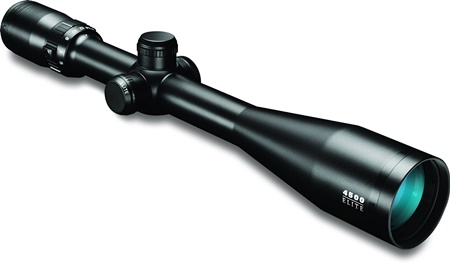 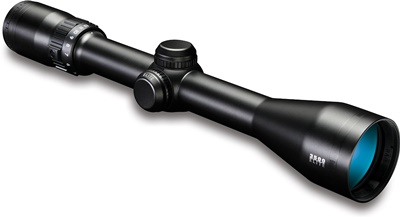 Bushnell Legend Ultra HD – Falling mid range between the higher end Elite series and lower end budget models; the Legend Ultra HD is offered in three magnification ranges: 1.75-5x, 3-9x, and 4.5x14. However, the 3-9x model will be offered with either a 40mm or 50mm objective. Both the 3-9x, and 4.5-14x models are equipped with a side adjustment parallax knob for correcting parallax. The smaller 1.75-5x32mm version will be offered with a with three different crosshair options: a standard duplex style reticle, a DOA 200 shotgun reticle, or a DOA Crossbow reticle. 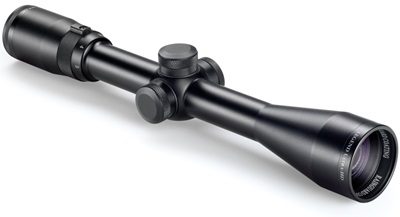 Bushnell Trophy XLT – The Bushnell Trophy XLT is a made up of numerous hunting scopes ranging in configurations from 1.75-4x32 all the way up to 6-18x50. The XLT scopes are available with a wide variety of reticles including most of the different style DOA reticles. Some of the higher magnification models in this series are equipped with parallax adjustment which is accomplished by way of an adjustable objective. Various finishes are available on XLT scopes depending on the configuration; finish options include matte black, gloss black, silver, and camo. Models in the Trophy XLT are listed as “fully multi coated” but no mention of the high end coating found on more expense models is made. Trophy XLT models are also waterproofed with Nitrogen as opposed to the Elite series which is waterproofed with Argon. 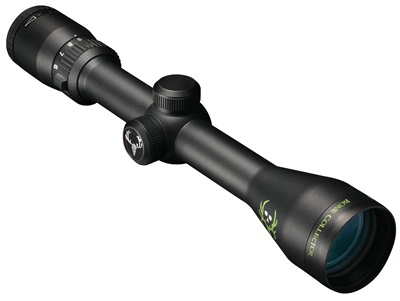 Bushnell Banner – The Banner is Bushnell’s most affordable traditional style riflescope. While the higher end coatings and features on other more expensive scopes in the Bushnell line are not found on the Banner scopes there is still a wide variety of models available. Some of the more noteworthy options in this line include several models that are equipped with illuminated reticles, and also several non illuminated models that feature a CF 500 reticle which has holdover hash marks to use for aiming points out to 500 yards. Also, there is a 6-24x40mm model that features a standard style mil-dot reticle. 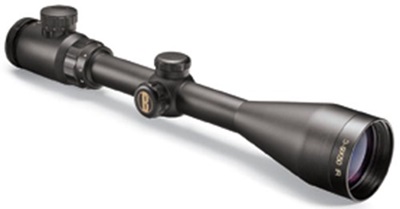