Known for their clarity and durability; Leupold scopes have become one of the most popular brands among hunters and tactical shooters alike. Originally, most of thier riflescopes catered to the high end market. However, in the last several years they have also started making scopes for the mid level market as well, with models like the VX-1 and Rifleman. Leupold & Stevens also recently acquired the Redfield brand name and has been making lower priced models under that label.

Leupold VX-6 – One of the most recent editions to the hunting optics line is the VX-6 scope series. These scopes featurs high end lens coatings, are Argon/Krypton filled for waterproofing, and built on a 30mm main tube. However, despite having all the top end  technologies, what really makes these scope stand out are their high magnification range. The VX6 scopes are currently available in three configurations, a 1-6x24, a 2-16x42mm, and a 3-18x50mm; as you can imagine these wide magnification configurations make these scopes very versatile and puts them in competition with the Bushnell 6500. 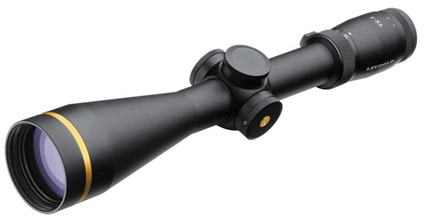 Leupold VX 3 - The VX 3 is pretty much the gold standard that all high quality big game scopes are judged against. Clear optics, the ability to stand up to extreme field conditions, and most importantly its ability to hold zero are why people start with the Leupold VX-3 as the standard and compare other scopes to it. 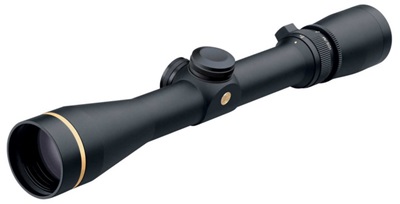 Leupold VX-R – The VX-R scope series is built on a 30mm main tube and has an illuminated red dot in the center of its crosshair, there are several different reticle options all which are part of  the illuminated FireDot reticle series. These scopes also feature a Motion Sensor Technology that automatically turns on the FireDot reticle when it senses the gun being moved so no time is wasted activating the illuminated dot. 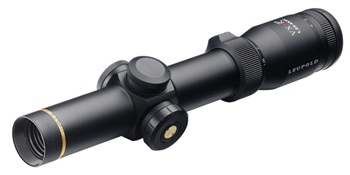 Leupold VX 2- The VX-2 is the replacement of the popular VX-II scopes series. The new VX2 is part of the new Quantum Optical System; and features the Indexed Matched Lens System, DiamondCoat lens coatings, and is waterproofed using Argon/Krypton gas. Despite the improvements these scopes are priced the same as the previous version VX-II models.

Leupold VX-1- The VX-1 series has replaced the budget/entry level VX-I models. The VX-1 is also a member of the new Quantum Optical System it features the specially ground glass lenses found on all scopes in the new Quantum system and also utilizes the Multicaot4 lens coating. There is still a fair amount of the older VX-I models on the market so make sure to look for the number 1 and not the letter "I".

Leupold Rifleman - While identical to the older VX-I series in magnification options, the Rifleman comes in a black matte finish only, and most magnifications come with a duplex reticle, these Leupold rifle scopes have been offered in a limited number of finish and reticle options to keep their cost down. 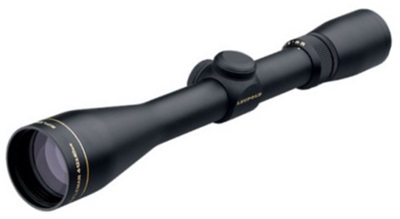